New iPad and iPhone in red 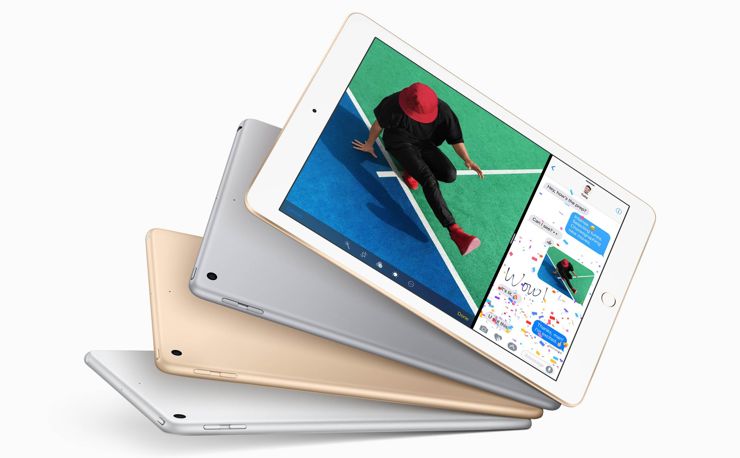 Apple has unveiled a new 9.7-inch iPad, as well as iPhone 7 and iPhone 7 Plus in (PRODUCT) RED edition.

The new iPad is offered in the most popular size, which is 9.7 inches. The new model has an IPS display with a resolution of 2048x1536 pixels and a 64-bit A9 processor with an M9 coprocessor. The iPad 9.7 features stereo speakers, TouchID fingerprint scanner, Lightning and minijack connectors. The tablet also has two cameras. The rear has 8 megapixels and a f/2.4 lens, and it can also record FullHD movies.

There are also changes in the smartphone segment. The models iPhone 7 and iPhone 7 Plus can now be purchased in brightly red, in a special (PRODUCT) RED edition, which supports the fight against AIDS. The red iPhone 7 costs $ 749 or $ 849 (128 or 256 GB), while the price for the red iPhone 7 Plus is $ 869 and $ 969, respectively. Technically, the (PRODUCT) RED models correspond to the standard ones.

Delicate cosmetics also touched the iPhone SE. The compact iPhone will no longer be offered with 16 or 64 GB storage and will come in 32 and 128 GB versions. Their prices will be $ 399 and $ 499, respectively. Apple also presented the Clips application for simple and intuitive editing of movies and creating short shots with animations.