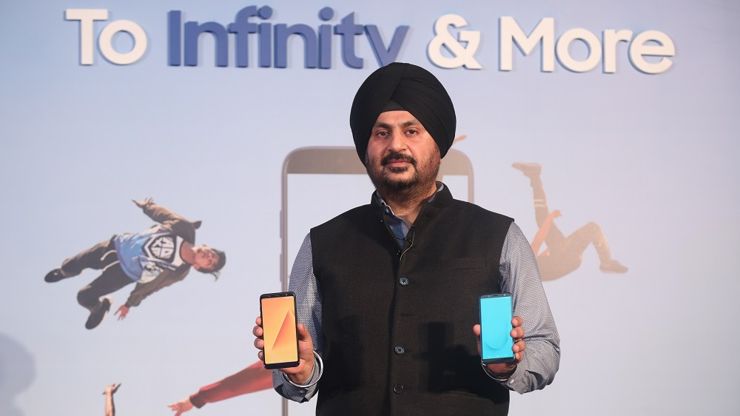 The launch of new Samsung models in India
photo: Samsung

First, the Galaxy family has expanded with the A6 and A6+ models - now in India, two more smartphones were officially presented, this time from the Galaxy J family.

Samsung India launched four new smartphones - Galaxy J6, J8, A6 i A6+ - - all models in the spirit of a new trend in Samsung design, namely Infinity Design. What exactly is this idea about? Well, the application of Infinity Design on the Galaxy J6, J8, A6 and A6+ models provides users with 15% more display area, but without increasing the overall size of the device. This was achieved thanks to thin frames and resignation from the physical Home button on the front panel (in favor of a virtual button displayed on the screen). The fingerprint sensor has also been moved to the back of the devices. Screens in the mentioned models offer an 18.5: 9 ratio and have Super AMOLED technology from Samsung.

We already wrote about the Galaxy A6 and A6+ models - in this post, which is why we will focus on the J6 and J8 models. Well, the Galaxy J series smartphones have polycarbonate unibody enclosures and are available in three colour versions: black, blue and gold.

J8 has a 6-inch HD+ SuperAMOLED display, works under the control of Snapdragon 450 and offers 4 GB of RAM and 64 GB of built-in memory. In addition, it has a slot for microSD cards up to 256 GB, and the whole feeds a battery with a capacity of 3500 mAh. J8 has a dual main camera, with 16-megapixel lenses with f/1.7 and 5-megapixel lenses with f/1.9 brightness. The front has a 16-megapixel selector camera with brightness f / 1.9. Samsung Galaxy J8 was priced in India at 18990 rupees.

Galaxy J6 is equipped with a 5.6-inch HD+ SuperAMOLED display and a single main camera with a resolution of 13-megapixels and brightness f/1.9. The front-side camera has 8 megapixels (f/1.9). The smartphone operates under the control of the Exynos 7 system, supports microSD cards, has a battery with a capacity of 3000 mAh and memory of two versions 3GB + 32GB or 4GB + 64GB. The price for this model on the Indian market is from 13990 or 16490 rupees, depending on the memory version.

Published: 21.05.2018
By: Jolanta Szczepaniak
This article has no reviews yet. Be first and start the discussion!
Add your opinion!
A D V E R T I S E M E N T