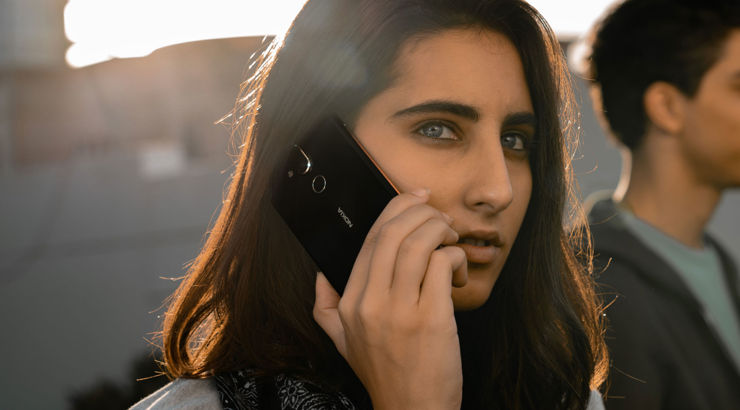 HMD Global today announced the launch of the Nokia 8.1 model on the European market - a new version of its flagship device.

Nokia 8.1 is the first Nokia smartphone that is launched on the market with pre-loaded Android 9 Pie. The 6000-mm aluminum frame is responsible for the durability of the phone, and the aesthetic appearance is provided by a two-colour housing with a contrast between glass, polished metal and sandblasted finish. Nokia 8.1 has a display with a diagonal of 6.18 inches and a Full HD+ resolution, compatible with HDR 10.

The heart of Nokia 8.1 is the Qualcomm Snapdragon 710 processor, supported by 4 GB of RAM and 64 GB of internal memory. The latter can be enlarged by a 400 GB microSD card. There is a 3500 mAh battery with fast charging.

The cameras branded by Zeiss are responsible for the quality of the pictures. The main matrix in the dual rear camera is 12 megapixels and 1 .55" in size with large pixels of 1.4 microns, and the secondary matrix is 13 megapixels. The front camera has 20 megapixels with a size of 0.9 micron, with the possibility combining four neighboring pixels into one superpixel to provide better photos in low light. Movies can be recorded up to 4K - OZO system takes care of the sound system.

Nokia 8.1 will be available from the beginning of January 2019 in two colour versions navy blue and silver. Later, the copper-brown version may be available. The suggested retail price is EUR 399.