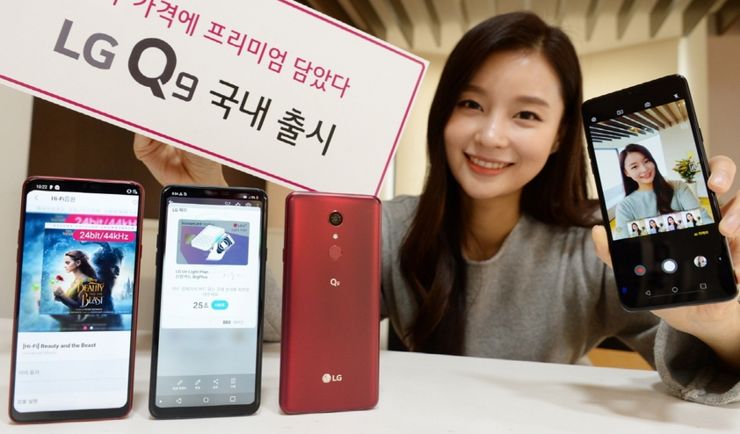 LG brought many interesting things to the CES fair (even a "clothing folder"), but for us the most important launch is the one from Korea, where a new smartphone LG Q9 was presented.

LG Q9 is very similar to the already known LG G7 Fit - but since the manufacturer claims it is a new model - we will not argue. LG Q9 received a 6.1-inch "FullVision" screen with a resolution of 3120 x 1440 pixels and not the latest, but still providing a decent performance Snapdragon 821 processor, supported by 4 GB of RAM. Internal memory - depending on the version - has 32 or 64 GB.

LG Q9 also has a battery with a capacity of 3000 mAh and two single cameras - 16-megapixel f/2.2 at the rear, 8-megapixel f/1.9 at the front. As for a non-low-end for the LG design, the smartphone also includes a Hi-Fi Quad DAC audio converter with DTS: X and a Booombox loudspeaker, and the casing is waterproof - IP68 and MIL-STD 810G. All this can be in the colour of Carmine Red, New Aurora Black or New Moroccan Blue, under the control (unfortunately) Android 8.1 Oreo - for the amount of 499400 Korean won, or 446 dollars.