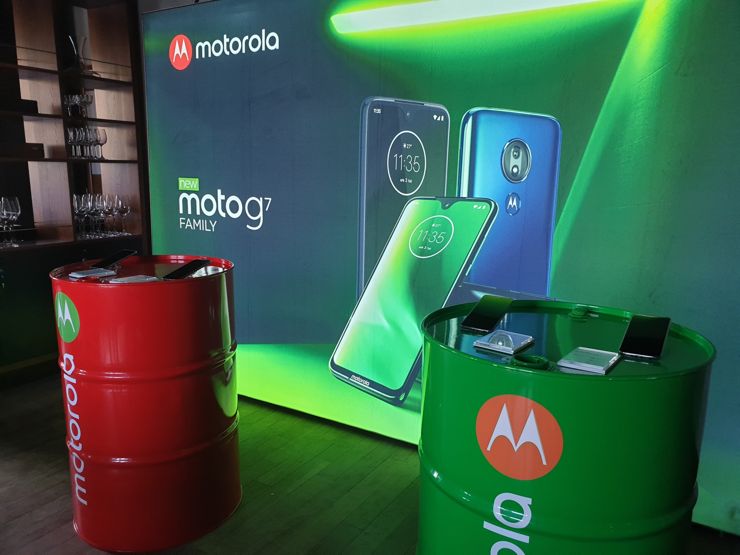 Today in Brazil Motorola introduced smartphones from the new Moto G7 series. It is worth noting that at the same time the phones were also presented in Europe, so we had a local launch on a par with the world today.

All new Moto G7 models, namely Moto G7, Moto G7 Plus, Moto G7 Play and Moto G7 Power use the Android 9 Pie system with a clean interface, enriched only with features known from earlier Motorola models, ie, gestures and voice control. All these phones also have narrow frames around the screen, headphone jacks, support microSD memory cards with a capacity of up to 256 GB and have fingerprint readers on the back panel.

The main model of the new family is, of course Moto G7, equipped with a Snapdragon 632 processor clocked at 1.8 GHz, 4 GB of RAM and 64 GB of internal memory. This smartphone has a 6.24-inch screen with a resolution of 2270x1080 pixels (403 ppi) and a droplet notch, covering an 8-megapixel camera with a F/2.2 lens. On the back we have a dual camera with 12 and 5 Mpx matrices and lenses - respectively - F/1.8 and F/2.2. Power is provided by a 3000 mAh battery with fast charging. The phone has all the most popular communication standards, NFC can also be used on selected markets.

Moto G7 Play is the most basic, the cheapest and the simplest of the proposals. It has a 5.7-inch display with a resolution of 1512x720 pixels (294 ppi), Snapdragon 632, 2 GB of RAM and 32 GB of internal memory. The front camera is the same as in Moto G7 Power, while the rear camera has 13 megapixels and the lens has an F/2.0 aperture. Power will be provided by a 3000 mAh battery - but still with fast charging. Not all of the necessary communication modules are available, but NFC is still only an option for selected markets.