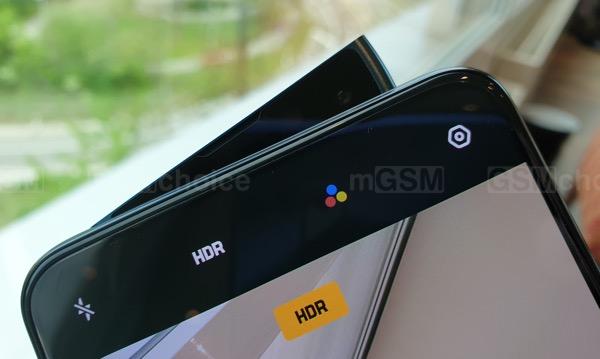 Today, the European launch of smartphones from the new Oppo subbrand - Reno, was launched in Zurich. Oppo Reno and Oppo Reno 10x Zoom models are entering the markets of Europe. The Reno 5G model, based on Reno 10x Zoom, will also appear in the limited distribution.

Both models are distinguished by the original mechanism that hides the selfie camera - it has been placed in a tiltable part of the housing that extends from the top edge of the phone. Both models have full-screen OLED displays without notches or holes. The protruding element resembles a shark fin, but was supposedly inspired by the characteristic doors of Lamborghini cars. The element was tested during 200 thousand work cycles and equipped with a protective function - the boom hides when the phone detects that it falls.

Oppo Reno 10x Zoom is equipped with a 6.6-inch display, protected by Gorilla Glass 6 and occupying 93.1% of the front surface of the phone. The screen displays up to 100% of the DCI-P3 colour gamut, there is also a fingerprint scanner, which is to be 28.5% faster than previous generations. Oppo Reno 10x Zoom has a 48-megapixel Sony IMX586 camera, working with auxiliary cameras: 13 Mpx with telephoto and ultra-wide 8 Mpx. Oppo Reno 10x Zoom, like the Huawei flagship, uses the periscope design of the camera.

The smartphone also supports 4K video recording at 60 frames per second and uses all three microphones to capture video with 3D surround sound effect. In turn, the pop-up module on the upper edge accommodates a 16-megapixel selfie camera, talk speaker and light-emitting diode. The smartphone has a 4065 mAh battery with fast VOOC 3.0 charging. Oppo Reno 10x Zoom has the Snapdragon 855 chip, which is connected with 6 or 8 GB of RAM.

The smartphone works on the ColorOS 6 overlay and offers features such as Touch Boost and Frame Boost as part of Game Boost 2.0 (for increased performance in games). This smartphone will also appear in the variant supporting networks of the latest generation. Oppo Reno 5G will go on sale in Switzerland in May, and will hit the selected European markets in the following months. This venture provides Oppo's cooperation with five operators - Swisscom, EE, SingTel, Telstra and Optus networks.

Reno is not only top, unique constructions - in the range we will also find a slightly simpler, but also cheaper model, simply called Oppo Reno - but it can appear under the additional name "Standard Edition". Base Oppo Reno has a Snapdragon 710 processor and 6 or 8 GB of RAM. Oppo Reno is also slightly smaller than the flagship brother - it has a 6.4-inch OLED screen, but visually it is almost identical. The front camera is the same as in the Zoom model, but the rear is "only" dual and includes a 48-megapixel Sony IMX586 sensor and an additional 5 megapixel camera.