Motorola Moto Z4 officially, but for now only in the US 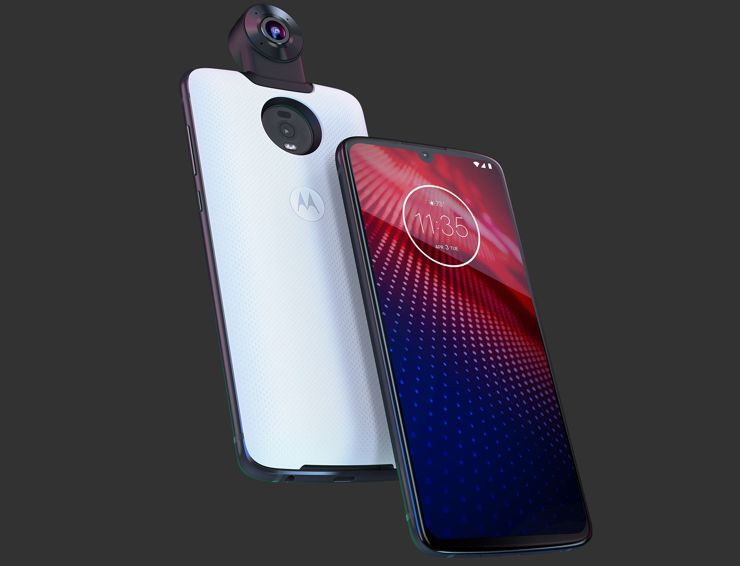 Specification of the main Z series model has been known for some time, but for the sake of order, it is worth quoting it again, this time from the official source. Motorola Moto Z4 received a 6.4-inch OLED Full HD+ display with a droplet notch, an aspect ratio of 19: 9 and a slim casing with a thickness of only 7.35 mm, growing only around the camera frame - but for good reason. This frame is the fixing of interchangeable Moto Mods modules with which Moto Z4 remains compatible. The screen protects the Gorilla Glass 3, and the rest of the casing is made of 6000 series aluminum. The P2i coating protects the interior of the phone from damage caused by moisture.

The heart of Moto Z4 is the Snapdragon 675 processor, supported by 4 GB of RAM and 128 GB of internal memory, which can be enlarged by a microSD card. The list of equipment also includes minijack, NFC or FM and DualSIM radio, not to mention such obvious elements as LTE, dual band Wi-Fi or Bluetooth 5.0. There is also a modern fingerprint reader integrated with the display, as well as a gyroscope. The battery is charged with a 3600 mAh battery with 12W TurboPower charger.

Moto Z4 has a 25 megapixel selfie camera with a f/2.0 aperture, while at the back we find a lone, 48-megapixel matrix operating in Quad Pixel mode - that is, a combination of pixels, resulting in 12-megapixel photos. The rear camera has f/1.7 aperture and an optical image stabilization, and the video saves up to 4K. There are two colours of the housing - Flash Gray and Frost White - and its dimensions are 75 x 158 x 7.35 mm, and the weight of the phone is 165 g. As a system - Android Pie with a raw interface enriched with Moto gestures and actions. Moto Z4 costs US $ 499.99. We do not know if and when the European distribution of this model is planned.