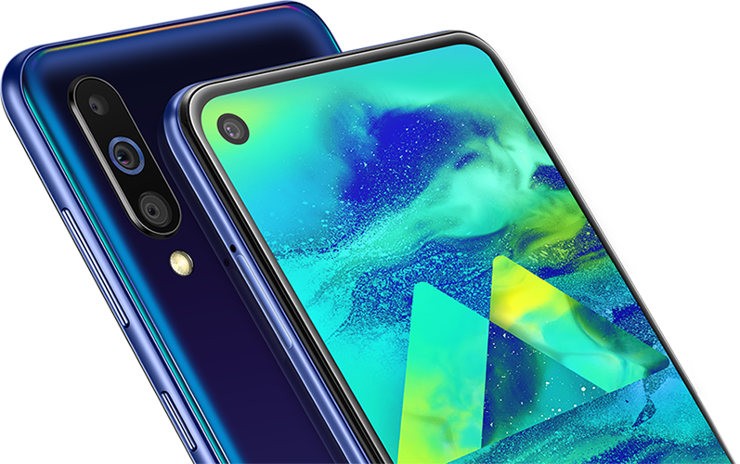 Samsung Galaxy M40 debuted in India. We have known the specification of this smartphone for a long time - but it is worth checking the previous leaks.

Samsung Galaxy M40 received a 6.3-inch Full HD+ Infinity O screen, which has a 16-megapixel front camera with a f/2.0 lens. The smartphone uses a Snapdragon 675 processor, supported by 6 GB of RAM and 128 GB internal memory - which, of course, can be expanded with a card.

Samsung Galaxy M40 has a triple camera at the back. It consists of 32 and 5 megapixel matrices with lenses - respectively - f/1.7 and f/2.2, juxtaposed with an 8-megapixel wide-angle camera with a field of view of 123 degrees. Power supply is provided by a 3500 mAh battery with a 15 W power supply. The smartphone has received all necessary communication modules, including NFC, but unfortunately there is no minijack. You can choose from two housing colours (Midnight Blue and Seawater Blue), and the price is 19990 rupees, or 289 dollars.