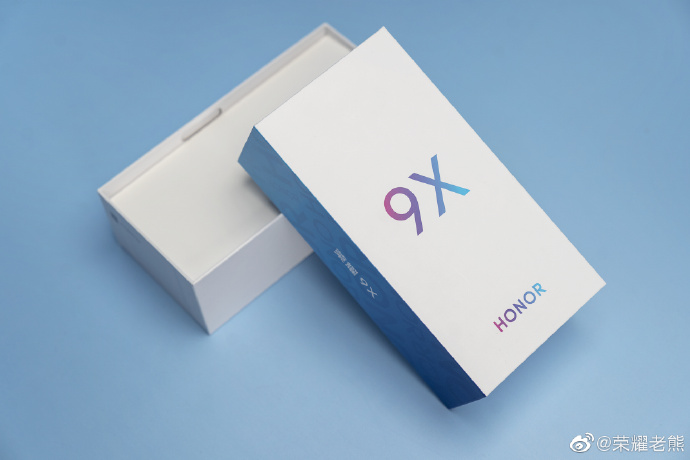 Honor 9X is expected to debut on July 23, but today, thanks to a certain Indian technology service, we can read the unofficial specification of this phone.

According to Indiashopps, Honor 9X will receive an IPS display with a diagonal of 6.59 inches and Full HD+ resolution, with an aspect ratio of 19.5: 9. Inside the housing there will be an octa-core Kirin 810, which will be accompanied by the ARM Mali-G52 MP6 graphics chip, 6 GB of RAM and 128 GB of internal memory. For now there is no news about other versions of memory - but there will probably be at least one more. Power supply is to provide a battery with a capacity of 4000 mAh, the smartphone should also have NFC or a minijack, while the fingerprint reader will be placed on the side wall.

The rear camera should be triple, with a main matrix of 24 Mpx and a f/1.8 lens, and an auxiliary 2 Mpx background blur for the purpose of complementing an 8-megapixel camera with a wide-angle lens. The front camera will be placed on a slide out boom, it will have 24 megapixels and a lens with f/2.0 aperture. The system will be - to earlier rumours - Android 9 with the EMUI 9.1 interface. The phone is to be 163x77x8,6 mm and weight 190 g.

In the meantime, there were also a few shots taken out of the film to show unpacking of Honor 9X. The photos are not very clear, but you can see similar packaging and outline of the phone. However, it is worth approaching them with a lot of distrust, because it is clearly visible that the phone shown has a dual camera, not a triple one, as reported by Indiashopps. It also seems to me that you can see the front camera above the display - and yet from several sources it is known that it should be in a sliding outrigger. So some information is false ...