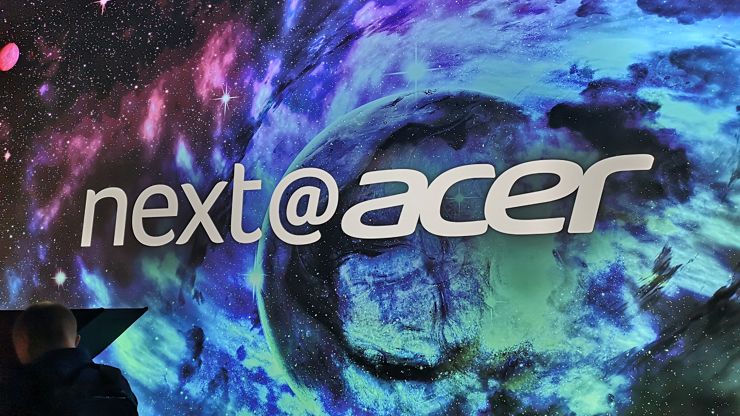 Acer was one of the first producers to organize a press conference during the IFA 2019 – in fact a few days before the official start of the fair. What did we see during it?

Unfortunately, there were no smartphones, but let's face it, this is not the main segment in which the manufacturer develops. Instead, we saw a set of new Swift ultrabooks and Chromebooks (314, 315, Spin 311), notebooks from the ConceptD series (ConceptD 9 Pro, Concept D 7 Pro, ConceptD 3), as well as monitors from the Nitro series and All-in-One computers from the series C27.

An interesting launch is the mobile projector and Bluetooth speaker in one - C250i, which will be useful both for video calls and for enjoying all kinds of entertainment. The gadget has Full HD resolution and can work for 5 hours on a single charge. The price of this device is 1099 euro.

From gaming devices Acer showed a chair for gamers with a very futuristic appearance - Predator Thronos Air (being a combination of a gaming chair and a massage chair) and two notebooks. The first is Predator Triton 300, weighing 2.3 kg and working under Windows 10 device with Intel Core i7 processor, Nvidia GeForce GTX 1650 graphics and 16 GB of DDR4 RAM (expandable to 32 GB). Plus 1 TB of data space. Triton 300 has a 15.6-inch 144 Hz screen with a 3 ms response time. The notebook will appear in the 4th quarter of the year at a price of 1099 euro. The second gaming notebook is Predator Triton 500 with a 300 Hz refresh screen. It weighs only 2.1 kg and is 17.9 mm thick. It is powered by Intel Core i7 9 gen. It is expected to be available in the last quarter of the year for EUR 2,599. In addition, Acer presented a platform for Planet9 players.


Finally, a few photos of the presented devices that could be viewed and tested after the conference:

This is how the described devices look like
Jolanta Szczepaniak/GSMchoice.com

Published: 04.09.2019
By: Jolanta Szczepaniak
This article has no reviews yet. Be first and start the discussion!
Add your opinion!
A D V E R T I S E M E N T