IFA 2019: Samsung Galaxy A90, the king of mediocrities 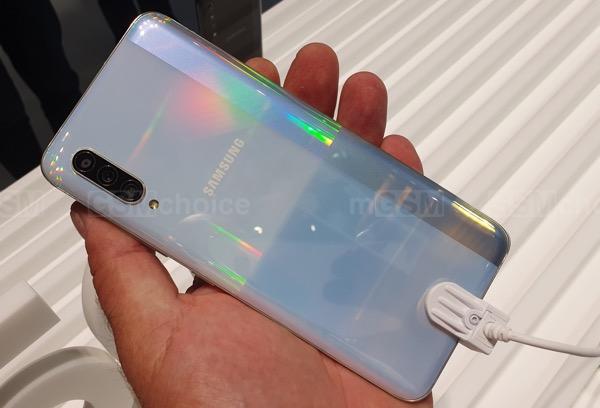 During the press conference as part of the IFA in Berlin, Samsung presented its first medium range phone supporting 5G networks - Galaxy A90 5G.

The main distinguishing feature of this model is its price - lower than typical flagships, but still quite large, reaching 750 euro. Theoretically, Galaxy A90 5G is assigned to the mid-range Galaxy A series and will be promoted as the cheapest way to use 5G, nevertheless, despite the efforts of the company's marketers, it is closer to flagship models than other A-series medium-range ones. It can be said that this is simply a budget flagship - although this is not quite an accurate term.

Samsung Galaxy A90 5G has the flagship Snapdragon 855 processor, supported by 6 or 8 GB of RAM. It is controlled by Android Pie with the One UI interface and support for Samsung DeX, and the internal memory holds 128 GB. Interestingly, the model with less RAM has a microSD card slot, which will increase the memory by 512 GB. The front of the housing is dominated by the 6.7-inch Super AMOLED screen with Full HD+ resolution, belonging to the Infinity U series, i.e. equipped with a small, droplet notch that hides a 32-megapixel selfie camera (f/2.0).

The back of the phone is finished with a glass pane, which is cut by a slightly protruding triple camera frame, equipped with 48, 8 and 5 megapixel matrices with f/2.0 and 2x f/2.2 lenses. The 8-megapixel module works with a wide-angle lens, and the 5-megapixel blur the background. Samsung Galaxy A90 is powered by a 4500 mAh battery with a fast charging Super Fast Charge 25 W. The smartphone will initially be available only in Korea, and only in a few weeks it will be in a wider distribution.

Published: 05.09.2019
By: Adam Łukowski
This article has no reviews yet. Be first and start the discussion!
Add your opinion!