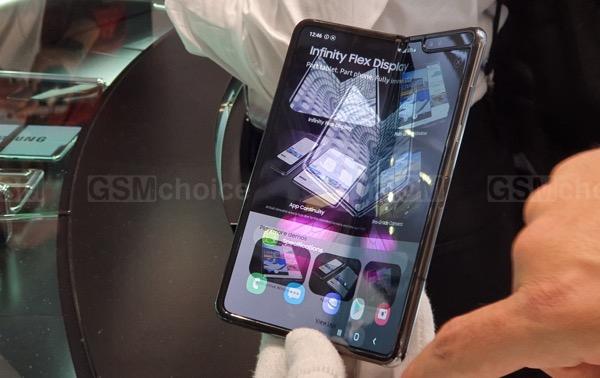 During the press conference at the IFA in Berlin, Samsung announced the market launch of the foldable and somewhat unlucky Galaxy Fold model.

Samsung Galaxy Fold will go on sale on September 18. The device is offered in a version that supports 5G networks and in the 4G variant.

The Galaxy Fold presented today is slightly different in design from the model that was shown in February and which revealed the problems of "childhood" when it hit the hands of American testers. Today's Galaxy Fold is improved so that its design is more durable and more resistant to the challenges it faces. The matching of the protective film has now been corrected, which now overlaps under the screen frame, and which mistakenly removal damaged the display. The hinge, which should not penetrate foreign objects, has also been changed, and the screen tension at the bend has been corrected, which should compensate for the collapse visible after folding the phone.

The main part of the structure remained unchanged. The foldable housing still has a 7.3-inch, flexible screen with a resolution of 1536x2152 pixels, but on the outside we will find an additional 4.6-inch screen with a resolution of 840x1960 pixels, enabling the support of most communication functions, as well as the use of a large part of other applications without opening the housing. The heart of Fold is the Snapdragon 855 processor, supported by 12 + 512 GB (UFS3.0) memory, but unfortunately no space for a microSD card. The phone is powered by a double battery with a total capacity of 4380 mAh with QC2 wireless and fast charging. Two batteries and components are evenly distributed so that Galaxy Fold gives a sense of good balance when we hold it in hand. The equipment is supplemented by: AKG speakers and a classic, fingerprint reader located on the side of the housing.

A set of cameras looks extremely interesting (if the smartphone itself seems boring to someone). Two, 10 and 8 Mpx with F1.9 and F1.2 lenses were placed in an unusual notch of a flexible, large screen. The next three can be found on the back on the outside, and this is basically the same set as in Galaxy S10: wide-angle 16 MPx, F2.2, main 12 MPx F1.5/F2.4 and tele - 12 MPx, F2.4 - the last two with stabilization. On the other side of the housing, above the external, smaller screen, we have another camera - 10-megapixel with a F2.2 lens - for selfie.