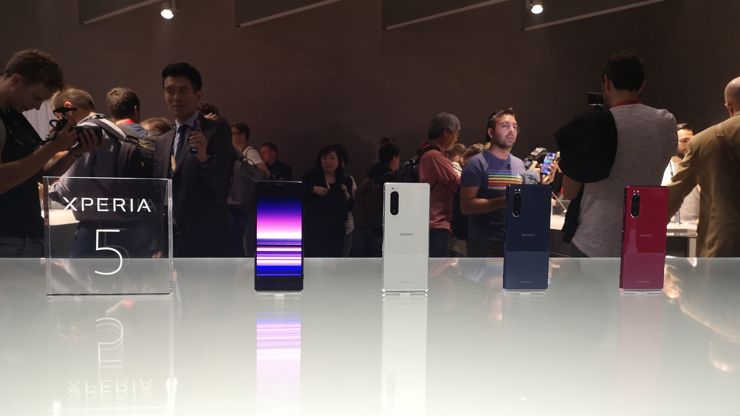 Sony has not been among the most popular manufacturers of mobile phones for years, but still it presents new models every year. During previous fairs we saw Xperia 1, while during IFA 2019 its successor, the Xperia 5 model appeared (yes, not two, only five at once).

Xperia 1 together with the cheaper model Xperia 10 were smartphones that could not be mistaken for any other. They were distinguished by an elongated screen with a cinema ratio of 21: 9. Such a solution was also used in Xperia 5. This is the premiere model that Sony presented during an exceptionally short press conference as a part of IFA.

Sony Xperia 5 has a three-lens camera and Eye AF technology from Sony Alpha cameras, plus a 6.1-inch OLED Full HD+ 21: 9 CinemaWide screen with Dolby Atmos sound and an improved Game Enhancer mode. The smartphone is slightly smaller than Xperia 1, but retains all the best features of its predecessor. The screen protects Gorilla Glass 6 both on the front and back of the housing. The device boasts an IP68 certificate. Xperia 5 is also to support the DualShock 4 wireless controller (this feature will also appear in Xperia 1). Xperia 5 is powered by Snapdragon 855, noteworthy there is also Stamina mode, fast charging USB PD and 3140 mAh battery. The whole works under the control of Androia 9 Pie.


The model will be available in four colours (gray, black, red and blue). The pre-sale will start next week and the model will go on sale next month. The price is expected to be 700-800 euro, but there will also be an interesting smartphone offer in the set with WF-1000XM3 wireless headphones, whose market value is 250 euro.

Other launches are the small Signature SA-Z1 speakers and the WI-100X M2 wireless headphones. But at the stand, we could see the whole range of Sony products.