IFA 2019 - Xiaomi without new smartphones, but something is planned... 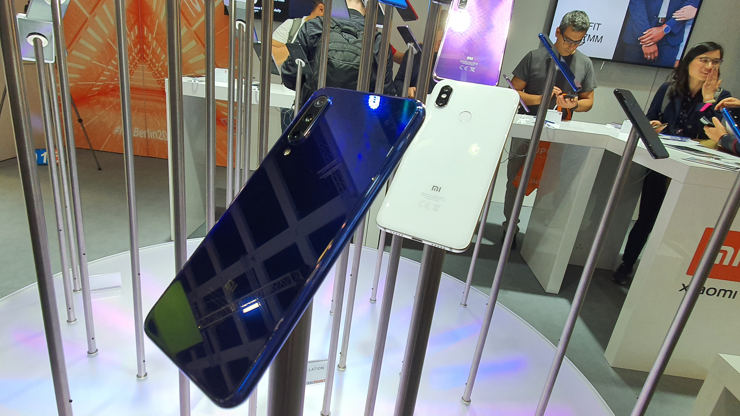 During the Berlin fair, Xiaomi did not have any smartphone launches (we would certainly inform you about it), but we decided to look at the Chinese stand anyway. And it came to light what Xiaomi is preparing for the future...

Xiaomi is a well-liked company - primarily due to the fact that it offers strong smartphones at very good prices. It presented its latest products at a booth in Berlin. We could see, feel and test models such as Xiaomi Mi A3, model with a 6-inch screen, 48-megapixel camera, Snapdragon 665 and a battery with a capacity of 4030 mAh. The flagship Mi 9 T, a model with almost frameless screen, devoid of indentations and holes - a selfie camera slides out from the upper edge of the device. Other parameters of this smartphone include a 6.39-inch screen, Snapdragon 730, NFC, 3.5 mm mini-jack, 4000 mAh battery and a 48 megapixel camera, also offering a wide angle of 124.8 degrees. There was also a stronger version, Xiaomi Mi 9 T Pro, which heart is Snapdragon 855.

Next to smartphones there were placed the latest smartwatches and bands, including Amazefit GTR 47 mm, Bip and Bip Lite, Verge and Verge Lite models, as well as the Stratos and Pace models.

And although the manufacturer did not surprise us with any product premieres, it revealed that it is working on a refreshed technique of wireless battery charging. It was called the Mi Charge Turbo technology. It has been prepared for 5G smartphones, which means that we can expect it in the next Xiaomi flagships. Rumours say that Mi Charge Turbo is supposed to provide wireless 30 W battery charging. That would be something. The Chinese will reveal more information on September 9.

Published: 06.09.2019
By: Jolanta Szczepaniak
This article has no reviews yet. Be first and start the discussion!
Add your opinion!
A D V E R T I S E M E N T