Samsung Galaxy A41 - a silent launch in Japan 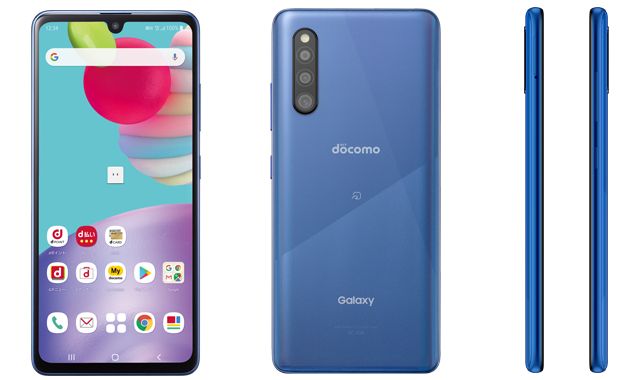 Samsung Galaxy A41 debuted in the Japanese DoCoMo network. It's a medium-range phone with an AMOLED screen and a 48 Mpx camera.

Samsung Galaxy A41 has a stylization typical of this year's Samsung mediums. In the front we have an Infinity-U screen, and at the back - a vertically mounted camera holder.

Samsung Galaxy A41 has a 6.1-inch Full HD+ Super AMOLED display, an octa-core processor and 4 GB of RAM. The expandable internal memory holds 64 GB, while the power supply is provided by a 3500 mAh battery with a fast 15 W quick charge. The phone works under Android 10 with One UI 2.0 interface.

Samsung Galaxy A41 has a 25-megapixel selfie camera (f/2.2) and a triple rear camera. The main matrix has 48 megapixels and works with f/2.0 lens. The 8-megapixel in turn is combined with a f/2.2 wide-angle lens, and their operation is supported by a 5-megapixel background blur camera. The fingerprint reader has been integrated into the screen, and everything has been enclosed in a waterproof case with IP68 certification, which is unique in the Galaxy A series.