Samsung Galaxy A31 - a quad camera and a large battery 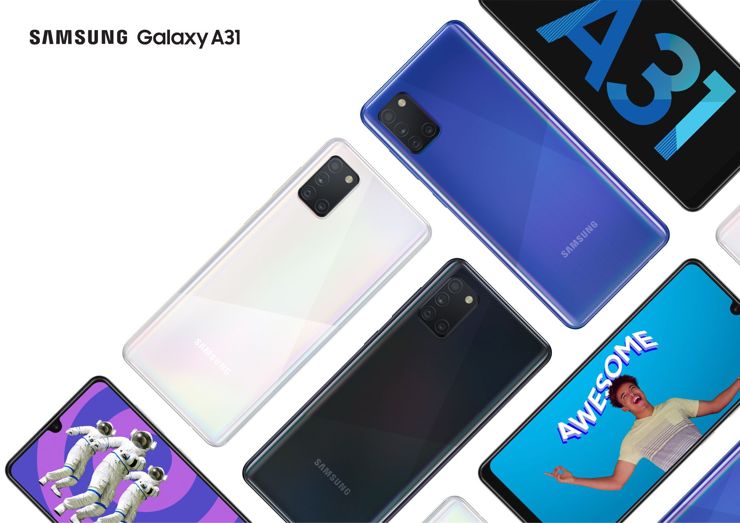 Samsung Galaxy A31 is - looking at the model numbering - a phone from the lower zone of the medium segment. Still, it's really well-equipped for its class. It has a 6.4-inch Super AMOLED display with Full HD+ resolution, with a droplet notch (Infinity U) for a 20-megapixel selfie camera, with f/2.2 aperture. The back is also rich. There are as many as four photographic modules. The main one has 48 megapixels and a f/2.0 lens, while the wide angle has 8 megapixels and an f/2.2 aperture. Two 5-megapixel cameras with f/2.4 lenses for macro photography and background blurring were also mounted.

Samsung Galaxy A31 received an octa-core MediaTek Helio P65 processor, which will be combined with 4 or 6 GB of RAM and a 64 or 128 GB flash memory. The smartphone supports Samsung Pay payments and has a fingerprint reader integrated with the screen. The power supply is provided by a 5000 mAh battery with a quick 15 W charging. Despite the large battery, the phone weighs 185 g and has quite reasonable dimensions. They are 159.3 x 73.1 x 8.6 mm, and the housing is offered in four colour versions. The price has not been given yet.