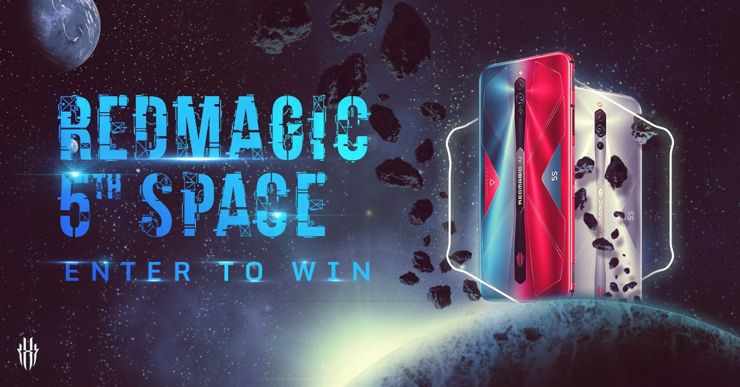 Today in China the launch of a new smartphone for players took place. Nubia Red Magic 5S is a phone designed for gamers and endowed with a strong specification.

Nubia Red Magic 5S has a characteristic styling, which we already know from the Red Magic 5G model. So we have a striking pattern on the back of the casing, as well as (optional) quite bold colours. There was no shortage of glitter, but the screen still has a simple, classic frame. There is also a new colour - silver.

Nubia Red Magic 5S has a new, extremely efficient cooling system with a fan, air tube and ultra-conductive heat dissipation materials. The manufacturer states that cooling has become 4.5% more efficient than in the previous model. In addition, the IceDock cooling adapter is also proposed, which is powered by pins located on the side of the phone housing.

Nubia Red Magic 5S received the top Snapdragon 865 processor and up to 16 GB of LPDDR5 RAM and UFS 3.1 256 GB internal memory. The AMOLED display has a Full HD+ resolution, as well as an image refresh rate of 144 Hz. The Touch Choreographer feature adjusts this frequency for smooth viewing while also being energy efficient. The players have additional keys - triggers, located on the side of the housing. They are tactile and the refresh rate is 320 Hz. Nubia has also improved the Game Space game mode, adding more useful options to it.

NThe stereo speakers and the 4D vibration mechanism have not been forgotten, enhancing the gaming experience. Nubia Red Magic 5S has a single, 8-megapixel selfie camera, while the rear camera is triple. The main matrix has 64 Mpx, and the auxiliary matrix for blurring the background - 2 Mpx. Among them there is also an 8 Mpx wide-angle camera. All this is powered by a 4500 mAh battery. An 18W power adapter will be added to the kit, but in some regions a faster 45W charger will be available. Pricing is as follows: