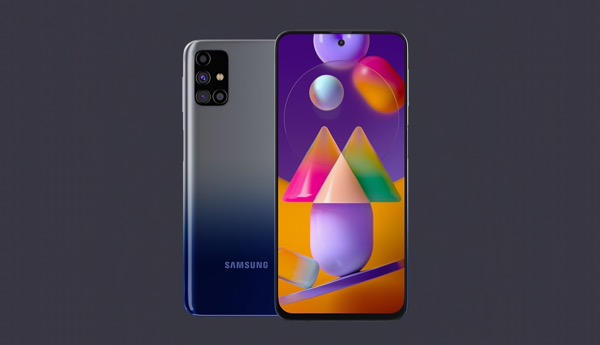 Samsung Galaxy M31s debuted in India - a mid-range model with a large battery.

The sale will start on August 6, and the device will be offered in two variants - with 6+128 and 8+128 GB memory. The prices are respectively 20,499 and 22,449 rupees, which after conversion gives 274 and 300 USD. The main advantage of the phone is a battery with a capacity of up to 6000 mAh with 25 W fast charging and reverse charging. Importantly, the phone is neither overly thick nor too heavy. In addition, Samsung Galaxy M31s received a visually attractive Super AMOLED Infinity-O display with a diagonal of 6.5 inches and Full HD+ resolution with a side aspect ratio of 20: 9. The heart of the phone is the Exynos 9611 processor clocked up to 2.3 GHz and the Mali G72 MP3 graphics chip.

The selfie camera has a 32 Mpx matrix, and the rear camera is quadruple, with the main 64 Mpx matrix. It is supported by a 12-megapixel wide-angle module with a field of view of 123 degrees, and the set is completed by two 5-megapixel modules for macro and background blurring. There are two colour versions to choose from - black and blue - and the housing is made of plastic. The equipment of the device is complemented by, among others a minijack and a microSD card slot.