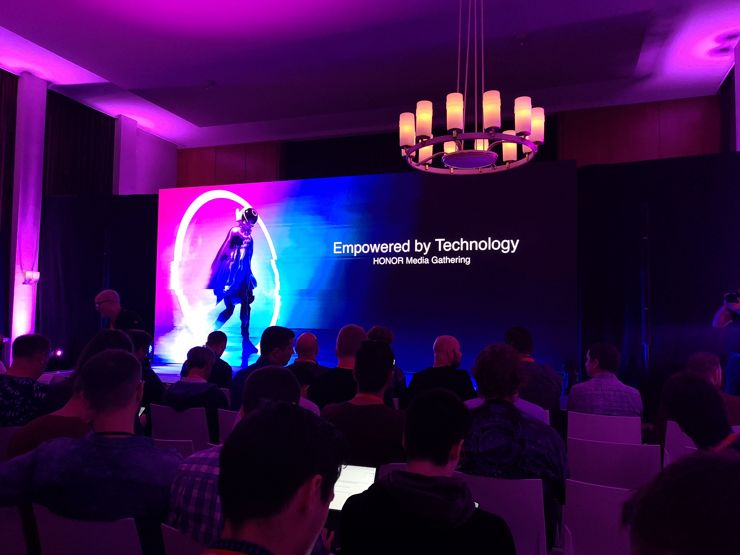 Honor used IFA to present its two novelties: PocketVision, which is an app based on AI, which will help those who are visually impaired, the new colour of the Honor 20 Pro model, and it announced availability of the EMUI 10.0 / Magic UI 3.0 beta versions.

The World Health Organization estimates that around 1.3 billion people suffers from vision disorders. The new Pocket Vision app uses an AI and the quad camera technology in Honor 20 Pro in order to assure a cheap alternative for magnifying glasses and typo scopes. PocketVision can be downloaded for free for all Honor models from the Huawei AppGallery. It is available in: English, Spanish, Portuguese, German, Italian and Chinese languages.

Flagship in an Icelandic colour

The newest flagship from the Honor brand, that is Honor 20 Pro, was showed in the newest colour – Icelandic Frost - during the IFA 2019 conference. This colour is inspired by the grandness of Jökulsárlón – a lake in the southern Iceland, which was created by a melting glacier.

In the fourth quarter of the year the new EMUI 10.0/Magic UI 3.0 (beta version) update is supposed to be launched. It will be updated via HOTA. Thanks to this users can enjoy a completely new user interface Morandi Palette, which offers a wide variety of colours. There will be a new option of the dark mode as well, which will ensure a better comfort of usage.

Honor presented the IoT strategy under the 1+8+N name, which means one Honor smartphone, eight new categories of internal devices and a wide variety of accompanying products. There will be new accessories, like Band 5 used for accurately controlling the heart rate, sleep tracking or measuring time of physical exercises. During the Huawei 2019 developer conference in the last month Honor presented its first smart TV – Honor Vision, which is equipped with the Honghu 818 CPU and a camera supported by an AI.

Published: 06.09.2019
By: Jolanta Szczepaniak
This article has no reviews yet. Be first and start the discussion!
Add your opinion!
A D V E R T I S E M E N T