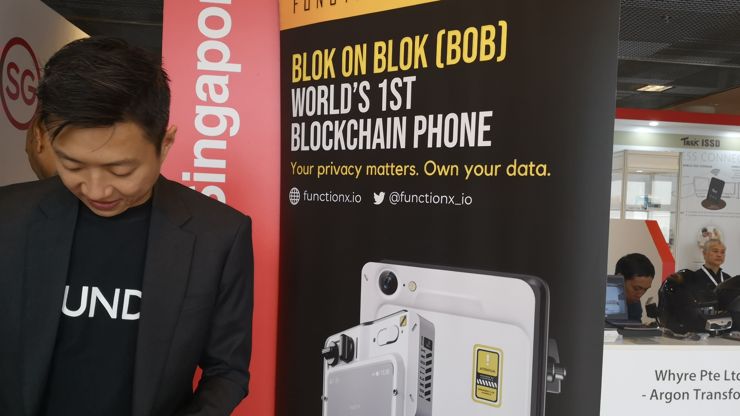 During the IFA Pundi X, a company from Singapore specializing in blockchain-based software, presented a new installment of its blockchain smartphone. It's BOB (Block On Block).

Pundi X is not presenting itself at the fair for the first time. During the MWC for the first time it presented XPhone - a mid-range smartphone with a built-in blockchain mode and two operating systems (Android and f (x) OS). In blockchain mode it provides, among others encrypted voice and text communication via a decentralized network, independent of cellular operators. Now, during the IFA, it presented the same idea, but as BOB (Block On Block) - and under this name the blockchain smartphone is to operate on the market.

The housing you see in the pictures is just a prototype - when BOB goes on sale, the MOD Assembly Kit will be sold with it, which will be based on modules - thanks to which the user will be able to customize the appearance of the smartphone to his preferences.

Pundi X intends to produce 5,000 copies (as a proof of concept) and sell them online for $ 599. Here you will find more information about the project and BOB.

Pundi X calls BOB the world's first blockchain phone, although other manufacturers are also introducing their solutions, for example HTX with the Exodus model or Sirin Labs with the Finney model.

Published: 07.09.2019
By: Jolanta Szczepaniak
This article has no reviews yet. Be first and start the discussion!
Add your opinion!
A D V E R T I S E M E N T