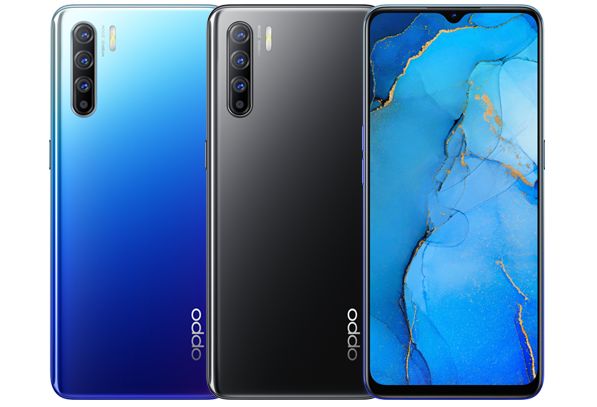 Oppo announces the launch of the global variant of Reno 3. A phone with this name was previously presented in China, but the global model received a different specification.

The "global" Oppo Reno 3 has a 6.4-inch display with a 20: 9 aspect ratio, with a resolution of 2400x1080 pixels and a droplet notch for a 44-megapixel selfie camera with f/2.4 aperture. The heart of the smartphone is the Helio P90 processor, supported by 8 GB of RAM and 128 GB internal memory. There was enough space for a microSD card with a capacity of up to 256 GB. The power supply is provided by a 4025 mAh battery with the VOOC 3.0 fast charging system.

The rear camera has a main matrix of 48 Mpx and a lens with an aperture of f/1.8 and a 2-megapixel image depth sensor. In addition, we also have an 8 Mpx camera with a f/2.2 wide-angle lens and a 13-megapixel camera with a f/2.4 telephoto lens, giving 3x lossless zoom. Oppo Reno 3 uses Android 10 with a ColorOS 7 interface.

Oppo Reno 3 is offered in blue or black. The model has appeared in Sri Lanka for now, but its debut in other countries is only a matter of time. It should be suspected that due to the epidemic, the European launch may not take place until April.