Xiaomi Mi 11 Ultra has an extra screen on the back! 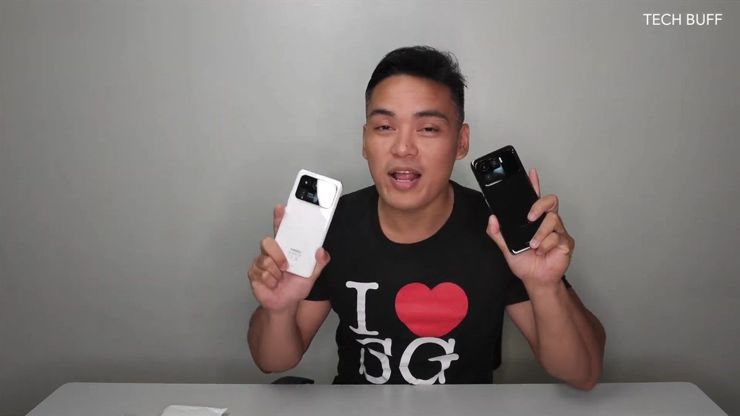 A Filipino Youtuber grabbed the new Xiaomi Mi 11 Ultra units and showed them in his video. What have we learned?

The film made its way onto the web a little prematurely - and shortly after its release it was "hidden" as private, but some interesting frames were captured. Did you know that Xiaomi Mi 11 Ultra has an additional, small screen next to the camera? Now you know! The screen is supposed to help in taking selfies with the rear camera - and it's worth it, because we have 50, 48 and 48 Mpx matrices there. Two 48-megapixel cameras work with a wide-angle lens and a periscope tele lens that can zoom as much as 120x - but of course digital.

Another camera - the front 20 Mpx - can be found in the opening of the 6.81-inch OLED WQHD+ display with a refresh rate of 120 Hz. The display is protected by Gorilla Glass Victus with curved sides. The heart of the phone is of course the Snapdragon 888 with a 5G modem. Youtuber also revealed that the Mi 11 Ultra has a waterproof housing (IP68), Harman/Kardon speakers, an infrared transmitter and a 5000 mAh battery with 67 W fast charging (also wirelessly!) And 10 W reverse charging. It hasn’t been announced when the launch - but probably soon, since ready copies are already circulating around the world...