Huawei Y9 Prime 2019 officially. This is the new incarnation of P Smart Z 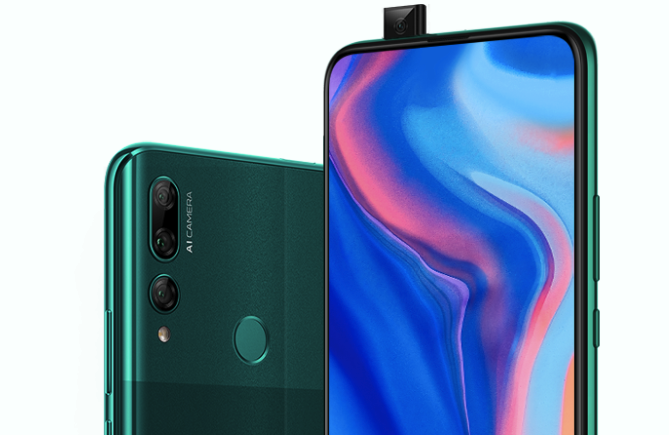 Huawei officially presented the model Y9 Prime 2019, which is actually a new incarnation of the well-known P Smart Z.

Most likely, the new model will go to markets where P Smart Z will not be present. The prices should also be similar, that is, around 280 euro.

What does Huawei Y9 Prime 2019 offer? It has a 6.59 inch TFT display and Full HD+ resolution, as well as a Kirin 710F processor and 4 GB of RAM. The internal memory is available in two variants, 64 and 128 GB. The 16-megapixel self-portrait camera is hidden in a sliding outrigger, thanks to which the screen has no unnecessary indentations or holes. The durability of the mechanism was calculated for 100,000 cycles, it also withstands pressure with a force of 12 Kg. The phone has a 4000 mAh battery, and the range of communication interfaces, unfortunately without NFC. There is a minijack, a memory card slot and a fingerprint reader.

The most noticeable difference between Y9 Prime 2019 and P Smart Z is the rear camera. Y9 Prime 2019 has three matrices, a main 16 megapixels and an auxiliary 2 Mpx, which is accompanied by an 8-megapixel wide-angle camera. The phone uses Android 9.0 Pie with the EMUI 9.0 interface, and the casing is available in three colours.