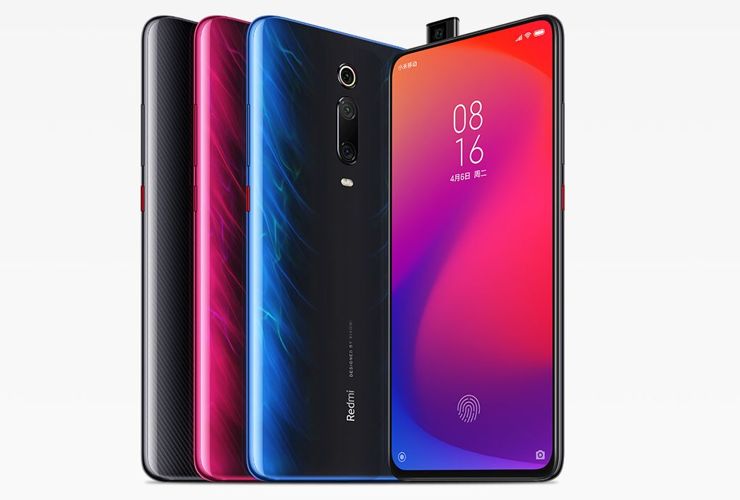 Presenting K20 and K20 Pro Redmi enters areas that it has avoided so far. The brand associated so far with rather budget phones, released a strong midrange phone and a flagship.

Redmi K20 is described by many as the flagship - but I would rather include it in the upper zone of mid-range devices. It's a smartphone equipped with a 6.39-inch Full HD+ display and a Snapdragon 730 processor, supported by 6 GB of RAM. The power supply is provided by a battery with a decent capacity of 4000 mAh, with a fast charging of 18 W. Redmi K20 has a front camera mounted in a pull-out module. This camera has 20 megapixels and a lens with a f/2.0 aperture. On the back we have a camera with three sensors. The main feature is the 48-megapixel Sony IMX582 module, and another 13-megapixel matrix works with a wide-angle lens with a field of view of 124.8 degrees. The last module contains a telephoto lens and an 8 Mpx matrix. Both additional lenses have apertures f/2.4. K20 comes in two varieties, with 64 and 128 GB internal memory, which are offered for 1999 and 2099 yuan respectively.

Redmi K20 Pro looks virtually identical and has the same AMOLED display with an integrated fingerprint reader. The front camera is also identical to K20, the same the battery capacity. In K20 Pro, however, it will charge faster, with the Quick Charge adapter of 4 28 W. The rear camera also seems to be the same as in the base model, but it is not quite so. A higher positioned Sony IMX586 module with a f/1.75 aperture has been used here. The most important distinguishing feature of Redmi K20 Pro is, however, the processor - we have a top-of-the-line Snapdragon 855, which gets 6 or 8 GB of RAM and 64-256 GB of flash memory. There is however more versions, here is their list and prices:

In both models we can find NFC as well as minijack outputs, Hi-Fi class sound system, dual band Wi-Fi, Bluetooth 5.0 and USB-C. There are rumours that both models will go to European distribution, but under the Xiaomi brand. From the chronicler's obligation, let's add that Redmi has entered another new market segment today - the RedmiBook 14 ultrabook was presented..