Xiaomi Mi A3 officially - but it somewhat disappointed 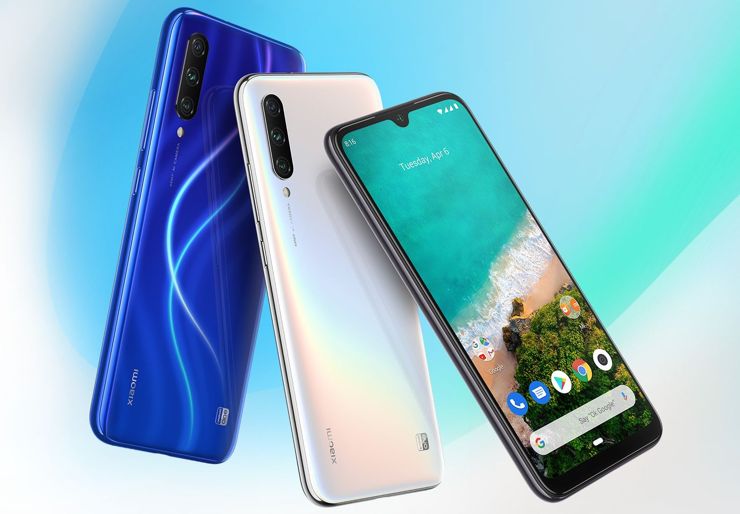 Xiaomi presented the next iteration of its smartphone in the Android One program - ie Xiaomi Mi A3. It turned out that the new model is based largely on Xiaomi CC9e.

Speaking of similarity to Xiaomi CC9e - in Mi A3 we find identical stylization and a similar, 6.1-inch, AMOLED screen with 720 x 1560 px resolution - which is lower than, for example, in the previous model, Xiaomi Mi A2. The smartphone has the Snapdragon 655 processor, and a battery with a capacity of 4030 mAh with 18 W charging - although the set will only include a 10 W power supply.

The processor supports the Adreno 610 graphics chip and 4 GB of RAM, which has a 64 or 128 GB flash drive. There is also a microSD slot, but no NFC. And it’s surprising in Europe... We have dual band Wi-Fi, LTE, GPS, Bluetooth 5.0 and a minijack. In the photographic part, we find a 32-megapixel camera for selfies - with a f/2.0 lens, as well as a triple rear camera. Its main matrix is 48 megapixels and the f/1.79 lens, while the secondary one, for background blurring, has 2 Mpx. Their operation is supported by a wide-angle camera, with a matrix of 8 Mpx, aperture of f/2.2 and a field of view of 118 degrees.

There are three colours to choose from, and the price, depending on the internal memory, is 250 or 280 euro.

By the was... The Indian Xiaomi branch announced a special edition of Redmi K20 Pro. It has a casing made (not covered - as indicated) with gold and diamond studded. It will create only 20 pieces, and each price will amount to 480,000 rupees, or 7,000 USD.