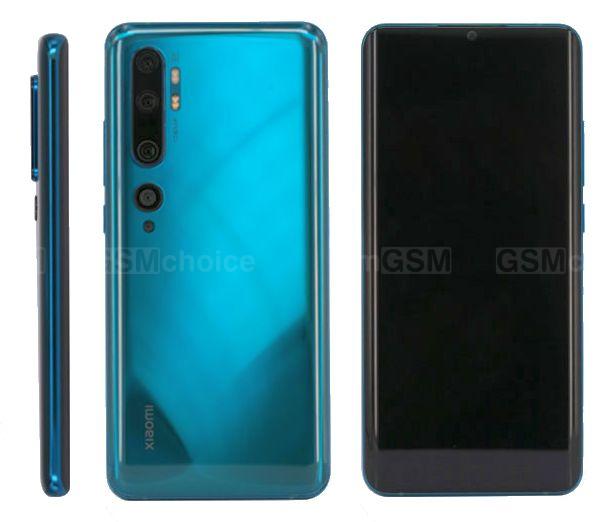 As you probably remember, Xiaomi Mi CC9 Pro will debut on November 5. Today we can get acquainted with its full specification, as well as ... learn about an alternative name under which this smartphone will come to Europe.

Let's start with the data we have learned thanks to the Chinese TENAA office. According to information from the same office, Xiaomi Mi CC9 Pro will receive an AMOLED display with a diagonal of 6.47 inches and a resolution of 2340x1080 pixels. There will be powered a 5000 mAh battery (TENAA gives 5170 mAh, which is probably the maximum value), while the heart of the phone will be an octa-core processor clocked at 2.2 GHz, probably Snapdragon 730G. The TENAA office certifies a phone with three memory variants - 6, 8 or 12 GB of RAM and 64, 128 or 256 GB of internal memory. It is not known if they will all be available at the same time and on every market, but we know that the internal memory cannot be expanded with a microSD card.

The phone has dimensions 157.8x74.2x9.67 mm and weighs 208 g, and the housing will appear in as many as eight colour variants. In the case of cameras, TENAA gives only the resolution of the front (32 Mpx) and the main rear matrix, as we already know, 108 Mpx. Fortunately, graphics are here to help, published by one of Xiaomi's managers. We learn from it that the main matrix has a size of 1/1.33 inches and works with a lens with f/1.7 aperture, and the wide-angle camera has 20 megapixels and a field of view of 117 degrees. The next, 12-megapixel camera has a telephoto lens, giving a lossless 5x, 10x hybrid and 50x digital zoom, while the last, smallest camera deals with macro photos, which can be taken from a distance of 2.5 cm.

However, this is not the end of curiosities. The global branch of Xiaomi announces the new Xiaomi Mi Note 10 model, equipped with a five-lens camera with the main matrix of 108 megapixels. This quite strongly suggests that Xiaomi Mi CC9 Pro will be offered in our region as Xiaomi Mi Note 10. Of course, we do not yet have 100% certainty about it yet, but it should be suspected that the name will be the only element differentiating both of these models. November 14 is almost a certain date of release of Mi Note 10 on our market (that is probably all over Europe).