Realme 7 5G - the newest networks for everyone? 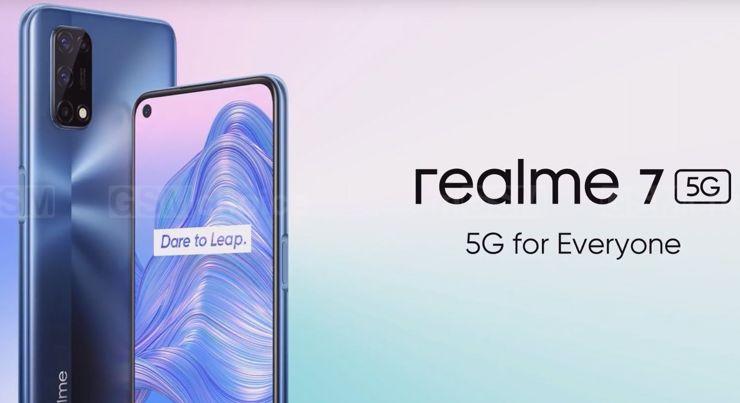 In Great Britain, Realme today presented another model from the "Sevens" series. What does Realme 7 5G offer and how much does it cost?

Realme 7 5G is promoted with the slogan "5G for everyone", which is to clearly communicate that we are dealing with one of the cheapest (if not the cheapest) smartphone that allows you to use the 5G network. The device will be offered on the Island for £ 279, and in the Amazon promotion even for £ 229. What does this model offer?

Realme 7 5G will be offered in blue or silver, with a matte finish on the back, with a clear vertical line running down from the camera. There is a fingerprint reader on the side of the housing. The LCD display has a diagonal of 6.5 inches, Full HD+ resolution and a refresh rate of 120 Hz.

The device received a MediaTek Dimensity 800U processor and 6 GB of LPDDR4x RAM and 128 GB of UFS 2.1 flash memory. Of course, the microSD card slot has not been forgotten. Realme 7 5G powers a 5000mAh battery with a 30W fast charge, allowing a full charge in 65 minutes. The manufacturer boasts that the device supports most of the 5G networks used in the world. The phone has two nanoSIM card slots independent of the microSD slot, but the specification does not show NFC. It would be at least strange if it was missing after all...

Realme 7 5G has a 16-megapixel selfie camera (f/2.1), placed in a screen hole, and on the back we find a fairly typical set. I am talking about the main 48-megapixel module with f/1.8 aperture, an 8-megapixel wide-angle camera with a field of view of 119 degrees (f/2.3), as well as two 2-megapixel cameras with f/2.4 apertures, for macro (from 4 cm) and black and white background blur. The cameras are supported by artificial intelligence, and the rear, in addition, can record movies in the cinema 21: 9 format - in manual mode. Multimedia is complemented by Hi-Res sound system with Dolby Atmos, as well as a minijack.