Motorola One Macro debuted in India 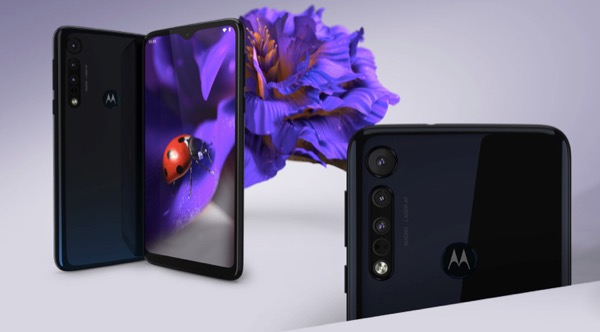 As announced, Motorola One Macro debuts today in India. This is a mid-price smartphone, this time focused on macro photography.

Motorola One Macro received a 6.2-inch Max Vision screen with HD+ resolution and 270 ppi density, as well as an octa-core MediaTek Helio P70 processor clocked at 2 GHz, supported by the Mali-G72 900 MHz graphics chip and 4 GB of DDR4 memory. The internal memory offers 64 GB of space that can be expanded with a 512 GB microSD card. The phone has a 4000 mAh battery with a 10 W power supply.

A 2-megapixel camera with 1.75 microns pixel size, capable of taking photos from as close as 2 cm away, was dedicated to macro photos. For normal photos, One Macro has a 13-megapixel camera with f/2.0 lens, which can also record Full HD movies at a rate of 60 fps or slow-motion 120 fps. The camera supports laser autofocus. The third camera - again 2-megapixel - is responsible for the blur effect of the background, while the selfie is taken care of by the 8-megapixel camera with f/2.2 lens, placed in a droplet notch. Motorola One Macro also has a minijack, hybrid Dual SIM, but there is no (at least in the Indian version) NFC. The 157.6 x 75.41 x 8.99 mm housing comes in one colour - sea. The phone has basic protection against moisture (p2i) and weighs 186 g. The price is 9999 rupees, i.e. $ 140. In India, sales will start on October 12, and world launches will take place in various countries from October 24.