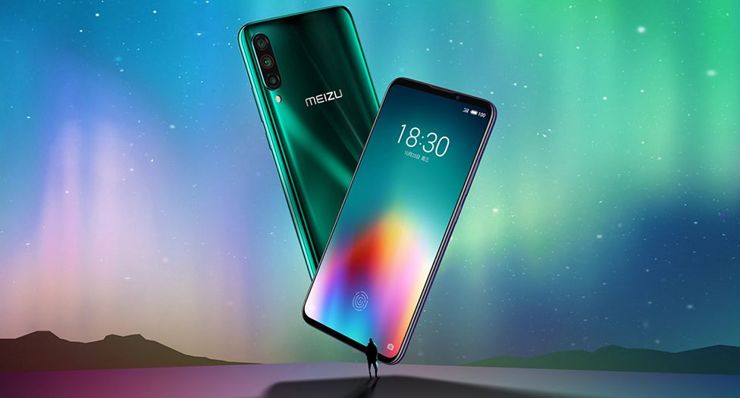 Meizu today officially presented the Meizu 16T model with a triple camera, a large battery and a screen with a symmetrical frame.

In the era of smartphones with notches, holes or periscopes, Meizu 16T is almost a breath of freshness. Meizu has perfectly mastered the miniaturization of elements that must be found on the frame above the display, making it quite narrow, yet simple and even. It is also almost symmetrical with a small margin under the screen. And the display itself is a 6.5-inch Super AMOLED matrix, with a resolution of 2232 x 1080 pixels, 18.6: 9 aspect ratio and a brightness of 430 rivets.

The heart of Meizu 16T is the flagship Snapdragon 855, supported by 6 or 8 GB of LPDDR4X RAM, which is combined with internal memory UFS 3.0 with a capacity of 128 or 256 GB. Unfortunately, there is no mention of the possibility of expanding the memory with a microSD card. The smartphone powers a 4500 mAh battery with fast charging mCharge 18 W. It has Bluetooth 5.0, LTE, dual band Wi-Fi, mini jack or GPS/GLONASS/Beidou navigation, but the specification does not show NFC. There is a fingerprint reader integrated with the display. As a system - based on Android Flyme 8.

In the photographic part we have a 16-megapixel front camera with f/2.2 aperture and a triple rear camera. Its main IMX362 matrix has 12 megapixels and an f/1.9 aperture, while the additional 8-megapixel Samsung 4H7 works with a wide-angle lens with an f/2.2 aperture and a field of view of up to 118 degrees. Their operation is complemented by a 5-megapixel Samsung 5E9 camera with f/1.9 aperture - for blurring the background. The camera can record videos in resolutions up to 4K 60 fps, in slow motion up to 240 fps and take macro photos from a distance of already 2.5 cm.