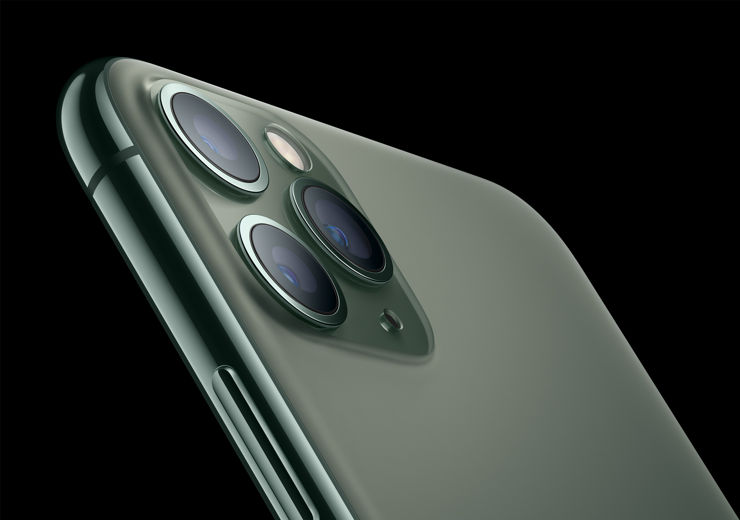 Apple today unveiled three iPhone models for the coming year. This year, the changes are a bit more serious than recently - and also more controversial.

It's about styling. The appearance of the new iPhone models corresponds to that known from earlier, unofficial leaks and - to put it mildly - it is somewhat controversial. Fortunately, the overly large camera frame will be somewhat masked by the colour - identical to the rest of the housing. And what can we find inside?

All this year's iPhone models are equipped with the latest Wi-Fi 6 modules, Apple A13 processors and two-way wireless charging. They are all equipped with the Face ID face recognition system as well as Spatial Audio speakers.

The cheapest iPhone 11 is the successor of the iPhone XR and has a 6.11-inch LCD screen with a resolution of 1792x828 pixels and a density of 326 ppi. It is powered by a 3110 mAh battery. The A13 processor is connected to 4 GB of RAM and 64, 256 or 512 GB of data memory. A single camera was installed in the front and a double at the back - all three with 12 Mpx matrices. The rear cameras have f/1.8 and f/2.4 apertures, and the additional matrix works with a wide-angle lens, which also allows for lossless 2x zoom. Automatic night mode has also been introduced, and video recording is possible in 4K at a rate of 60 fps - also with the front camera. The price of the phone starts at $ 699.

Another of Apple's novelties is the fifth generation of the Apple Watch Series 5. This model is equipped with the new LTPO screen with the Always On Retina Display function - i.e. simply displaying time in a constant way. The screen refreshment is variable - from 1 to 60 Hz, depending on your needs - of course, to save energy. As a result, the watch will work without charging the entire 18 hours. The watch has a compass application that can be displayed constantly, there is also an alarm function that works in more than 150 countries around the world. An app for women (monitoring of the menstrual cycle), as well as monitoring of the work of the heart and noise in the user's environment is also provided for. The device casing (depending on the user's wallet) can be made of steel, titanium, ceramic or aluminum. Prices start at 399 or 499 (for LTE version) dollars. Apple Watch Series 5 replaces Series 4 completely, while Series 3 remains on sale for only $ 199.

The new iPad with a 10.2-inch display also appeared at the conference. The tablet can work with the attached keyboard via a Smart Connector, as well as an Apple Pencil I generation. The heart of this equipment is the A10 Fusion processor. An interesting fact is that the tablet casing is made of recycled materials. The cheapest option costs $ 329.

In addition to the new iPhone models, information on the launch date of the Apple Arcade gaming site appeared at the conference. The service will be available from September 19 in 150 countries, with a monthly subscription of $ 4.99, with the first month being free. The service will start with over 100 games that can be played from any Apple device - iPhone, iPad, Apple TV or Mac.

At the same price ($ 4.99) you will be able to use the movie streaming service - Apple TV+. Everything will be available from your Apple TV account, and content providers will include HBO, Starz, Showtime, CBS, Smithsonian Channel, EPIX, Tastemade, Noggin and MTV. Of course, some services (such as HBO) will be paid extra, but we are talking about relatively small amounts, about 10 USD. The service will be available in 100 countries from November 1.