Motorola Moto G9 Plus in the operator leak 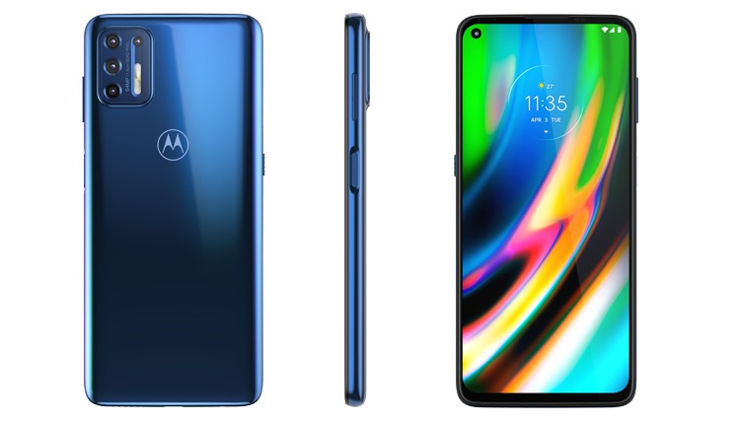 The Slovak branch of Orange revealed some elements of the specification of the yet unrevealed Motorola Moto G9 Plus model somewhat prematurely. What will be the top model of the Moto G9 family?

Thanks to Google Play Console, we know that the Motorola Moto G9 Plus will receive a Snapdragon 730 processor. The presence of 4 GB of RAM and display resolution: 2400 x 1080 px was also confirmed.

In terms of styling, we will be dealing with a characteristic, yet simple line. Motorola Moto G9 Plus will receive a screen with a hole and a large, rectangular rear camera frame. The fingerprint reader will go to the side, and the only available colour (at least initially, in Slovak Orange) will be blue. The display - with a diagonal of 6.8 inches and a resolution of 2400 x 1080 px, will be made in LCD technology - LTPS. Motorola Moto G9 Plus will have dimensions of 169.98 x 78.1 x 9.69 mm and a fair weight - 223 g - which indicates the presence of a substantial battery.

Indeed, the battery has a decent 5,000mAh - but it's not known how fast the charging system is. The camera will be quadruple. In addition to the main 64 Mpx matrix, it will also receive a wide-angle module, macro and background blur. It was reported that Moto G9 Plus will have 4 GB of RAM and 128 GB of flash memory, as well as a microSD card slot. CPU type is not mentioned, but there is no mention of 5G - so we expect a chip with an LTE modem. There will also be a slot for two SIM cards, all under the control of Android 10. The price will be 255 euro.