The world debut of Motorola One Macro, the launch of Moto G8 Plus and Moto E6 Play 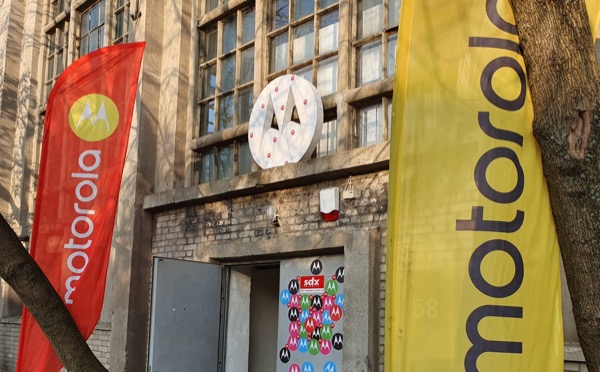 Motorola One Macro, which debuted in India at the beginning of October, today debuts on the global market. With it, we welcome models Moto G8 Plus and Moto E6 Play.

Motorola One Macro costs 229 euro. Motorola One Macro has several elements that will make it stand out on the store shelf. One of them may be a battery with a capacity of 4000 mAh, which - as you should suspect - will provide your smartphone with at least two days of operation without having to use the included 10-watt power adapter. Another distinguishing feature, emphasized even in the name of the smartphone, is a special camera dedicated to macro photos. It has 2 million pixels, but large - with a size of 1.75 microns, thanks to which it will ensure sufficient sharpness of the image and its good lighting. The f/2.2 aperture lens was built so that it is possible to shoot from a distance of 2.5 cm from the object.

A 13-megapixel camera with f/2.0 lens is dedicated to ordinary photos, which can also record Full HD movies at a rate of 60 fps or slow-motion 120 fps. This camera is supported by another 2-megapixel matrix with f/2.2 lens, this time serving the effects associated with blurring the background. The front 8-megapixel camera with f/2.2 lens was placed in a droplet notch on the top of the 6.2-inch Max Vision screen with HD+ resolution and 270 ppi density. The heart of the phone is the octa-core MediaTek Helio P70 processor clocked at 2 GHz, supported by the Mali-G72 900 MHz graphics chip and 4 GB of DDR4 RAM. The internal memory offers 64 GB of space that can be expanded with a 512 GB microSD card. On the back of the casing we have a fingerprint reader, integrated into the logo, and in the role of the system - a raw Android Pie, enriched with Moto gestures. Motorola One Macro also has a minijack, hybrid Dual SIM, but no NFC.

What are my first impressions? Motorola One Macro does not differ in style from other models in the One series. The rear of the housing is diversified by the enlarged, clearly accented macro camera, but the front - it looks quite classic. You can complain about the screen resolution - but actually ... for a phone at this price, the display looks quite good. The phone, although "on paper" does not look like it, works very smoothly and without clipping. I like that the system is served in almost pure form and deprived of junk applications. I can't say much about the battery yet - except that it promises to be quite good. I took a few photos with the use of a macro camera. In fact, you can get close to the photographed object, and the photo will come out decent. However, you need to take care of lighting to achieve the desired quality of detail reproduction. Other photographic modules - seem to be in the norm for the price segment. For now, I have no objections to the ergonomics of the device, and the quality of workmanship and styling are at a good level. I wonder if there will be so many lovers of macro photography that Motorola One Macro will become a hit ...

Another novelty is Moto G8 Plus. This model resembles models from the Motorola One family, especially the One Macro model. It has a very similar camera frame (with a separate one of the lenses), nearby which is the logo integrated into the fingerprint reader. On the front of the casing we have a 6.3-inch IPS display with a resolution of 2280x1080 pixels, equipped with a droplet notch, which hides a 25-megapixel camera with f/2.0 aperture. The rear camera is more developed. It has a main matrix of 48 megapixels with an f/1.7 lens, and a 16-megapixel wide-angle Action-Cam module with a 117-degree field of view - allowing you to record movies holding your smartphone vertically - the film is of course normally recorded horizontally. The next matrix is a depth sensor used to blur the background. The fourth and fifth "eye" are no longer cameras - but the laser autofocus sensor and the LED diode. For the first time in Moto G, the night menu appeared in the camera menu - but of course, there is also artificial intelligence.

The heart of Moto G8 Plus is the Snapdragon 665 processor, which will be supported by 4 GB of DDR4 RAM. The memory can hold 64 GB, there will also be a microSD and a mini jack slot. Equipment also includes DualSIM, LTE Cat.13, Bluetooth 5.0 and dual band Wi-Fi, as well as an NFC module. This time in Moto G stereo speakers are back - in addition in the company of Dolby Atmos. The 4000 mAh battery with fast charging will take care of the power supply, and the housing - as in the case of One Macro - is offered in blue and red. The housing has a hydrophobic coating. The smartphone was valued at 269 euro.

The cheapest, Moto E6 Play has a 5.5-inch HD+ screen and 32 GB of internal memory with the possibility of expansion with a microSD card - and without having to give up Dual SIM. The smartphone is also armed with a fingerprint reader and face recognition system, and comes complete with a 13 megapixel camera. The battery is powered by a 3000 mAh battery and the price of this model is 109 euro.